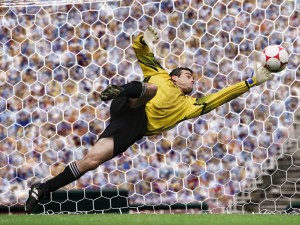 The Football Association has cancelled the launch of its long awaited anti-homophobia video, pleading that it needs to review its strategy on tackling anti-gay prejudice and how the video fits into its overall campaign.

The cancellation coincides with criticism and unease over the video’s use of stridently homophobic language in a bid to expose and shame bigots. Produced by top award-winning advertising agency, Ogilvy, the video was due to have been launched by the FA at Wembley Stadium in February. The last minute “postponement” caused consternation among football and gay groups who were backing the project, including the football diversity and equality campaign, Kick It Out, and gay rights group OutRage!.  Much to the surprise and frustration of several gay groups not one top footballing star agreed to take part in, or put his name to, the video

“We are very disappointed that a lack of planning seems to have derailed this project and would have thought that the football community would be embarrassed that a senior professional rugby player was able to come out while the world continues to say that football is not ready. The FA and the other football authorities need to be asking themselves whether they are doing all they can and should be doing to tackle homophobia. The FA says it is committed to changing the environment in football but we think it has a long way.We would urge The FA not to delay but to act quickly to end the uncertainty and put in place the necessary strategies to allow it to proceed with this very important campaign.”