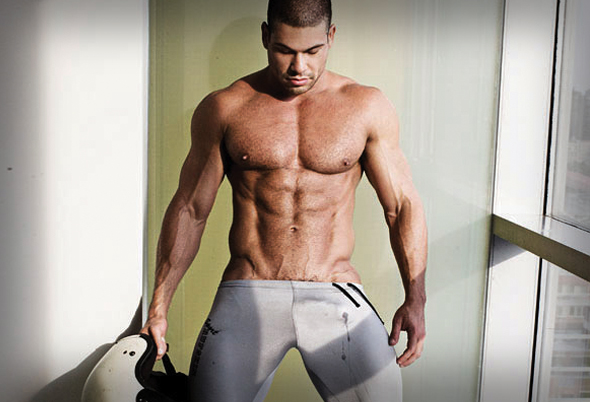 In our minds we all have a certain stereotypes to fit certain jobs. Often we are quite right in these assumptions but, as our American correspondent Max Jiminez reports, there’s a man in the US who appears to have broken the mould but replaced it with a tasteful bouquet. 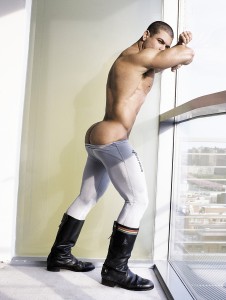 Life as he knew it changed when he was asked to create weekly floral pieces for Oprah Winfrey and her Harpo Studio offices. Now a bona fide celebrity florist, Gonzalez has done arrangements for the likes of Jennifer Hudson, Barbara Walters, Shania Twain and even President Barrack Obama.

“I’ve always been an entrepreneur,” reflects the young man from Venezuela.  “At 14, I started my own party business, planning and initiating birthday parties.  At the same time, I would spend afternoons in the flower shop behind my house.  That’s where I learned about flowers. When I moved to the United States, I decided I would apply my entrepreneurial skills to a new career in floral design.”

What sets Gonzalez apart from other florists is his vision.  It goes way beyond bunching roses together in a bouquet or planting a Lillie in a pot.  Gonzalez began his career in floral gifting and event design way before the industry gained notoriety through reality TV wedding shows.  “Now every florist thinks they can design weddings.  The industry has become overcrowded.” 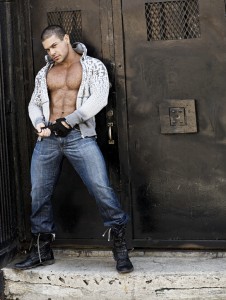 He still does the occasional gala but his main interest is now in fashion.  He has become the go-to florist for fashion designers who want to add exotic flowers into their campaign shoots and runway shows.  He admits it wasn’t exactly his idea.

“It began when a popular fashion photographer asked me to create floral head pieces for his photo shoot with Vanessa Williams,” he explains.  “The shoot later became a fashion story in a major women’s magazine and the calls started pouring in from other photographers and designers.  Before I knew it, I was on a new and exciting path in floral design.”

It’s an intricate process from bloom to zoom. “I first sketch the design. Then I need to pick the right flowers that will hold up under the hot studio lights. They are then individually wired, taped and assembled to the desired shape.”

Gonzalez collaborates with the hair stylist to work it properly into the model’s head.  “From the moment I pick the right bloom to the time that is spent placing the piece on the models head usually takes between two to three days.” 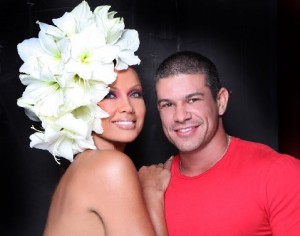 The process requires discipline and dedication, both of which Gonzalez knows a thing or two about.  In addition to the art of horticulture, Gonzalez enjoys the art of, well… his body.

“Clients are always shocked when they meet me,” he laughs.  “There is a misperception about how male florists should look, and I guess I don’t fit the mold.” 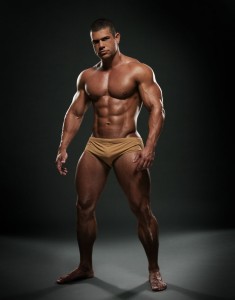 “I like to compare myself to a sunflower with a bold strong look yet delicate petals,” he laughs.

Athletic from an early age, Gonzalez started going to the gym at 14 years old. “I couldn’t afford a trainer so I would workout close to the other trainers while they were training their clients so that I could hear what they were teaching.”

He entered his first body building show at 30 years old and is currently training for his next show later this year.

“My biggest challenge is keeping the weight on.  I’m not a big eater so I literally have to force myself to eat.” 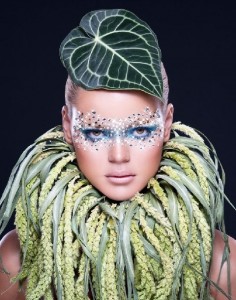 He acknowledges that the muscles have helped his career – especially with women and gay male clients.   But looks only help open the door.  “The floral industry is more competitive than most people realize.  To succeed, you have to fight to be the best.”

Gonzalez says he missed the boat with the reality wedding TV shows.  It’s a mistake he won’t make again.  In fact, he’s currently in discussions for his own reality show that will go behind the scenes of his celebrity floral fashion shoots and teach viewers the fine art of horticulture design.

“I aim to give new definition to the words flower power,” he laughs.

2 thoughts on “Robert Gonzalez – HeMan of the Florist”