Queer Up North is 18 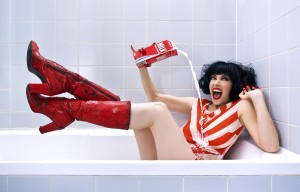 This May one of the UK’s most ground-breaking arts festivals, Manchester based Queer Up North, celebrates its 18th birthday with an outstanding line-up of theatre, cabaret, comedy, art and music.

To mark its coming of age Queer Up North is bringing back some key works from the festival’s history in new and developed productions. The extensive programme, running city wide for 14 days also features world premieres, new commissions, old favourites, and provides a platform for new artists. 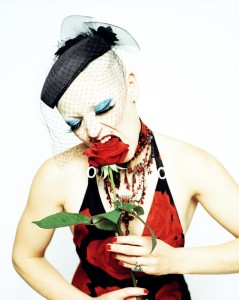 A re-working of the highly acclaimed 2006 performance, created by dancer Darren Pritchard and his mum Susan, remade for 2010 to reflect the changes in their relationship since the show was first made.

An interactive extravaganza and subversive homage to that most Northern of institutions, the Working Men’s Club. The evening will be hosted by QUN favourite Christopher Green, (best known for his outrageous character, Tina C). Chris will be joined by a dream team of party guests, including Stockport housewife Mrs Barbara Nice, a new strip routine from Ursula Martinez and karaoke from Kazuko Hohki and her Frank Chickens.

The La Gayola Spiegeltent features an outrageous line-up of cabaret, burlesque and music including: Justin Bond; Taylor Mac ­Meow Meow; Bourgeois and Maurice and a full length show from Empress Stah, who proves that diamonds are indeed forever.

According to the Natya Shastra (the Hindu ‘bible’ for the performing arts), the human being is comprised of nine sentiments; love, humour, sadness, fury, heroism, disgust, wonderment, terror and peace. Nine Acts of Reciprocity is a gallery installation by Manchester- based artist Qasim Riza Shaheen based on this concept.