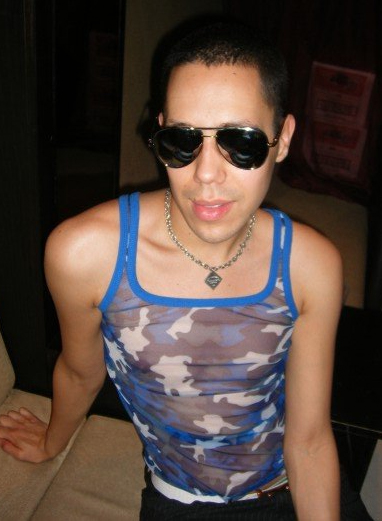 So he doesn’t call you back? Then he’s not interested. Or maybe he does call you back, but only once in a blue moon? Then you’re a booty call. A fuck buddy.

If you just want a shag, make it abundantly clear. True, when your first words to him are ‘Are you top or bottom?’ it might seem obvious—but some guys really are dumb. Or maybe just naïve. But if you’re honest, they’ll likely shag you anyway and if they do get all clingy, it’s their fault not yours. If you’re not honest and you promise to meet them for a romantic dinner (which you watch as he calls the restaurant and books) but don’t, you can hardly be surprised when he rings you calling you a bastard.

Don’t be afraid to ask

If you’re into something kinky, don’t be afraid to ask. In all likelihood, they’ll respect your honesty even if they’re not game. But if you phrase it the right way, with a cheeky smile and a knowing wink, they might give it a go anyway just for the fun of it.

Even if they’re the worst shag in the world, or even if they were a one-off, you had a private moment together. Sex is highly personal and whilst sharing it with your friends (or readers) is fine, it shouldn’t be used as a tool to humiliate or hurt someone. If they have a really small cock, only your best friends should ever hear that—and only then on the express promise they keep it a secret.

Don’t be too easy or too difficult

If you’re too available, he’ll get bored very quickly. Just because you’ve been together a week, it doesn’t mean you’ll get married. Whilst it can be very easy to get carried away with the excitement and fantasy, remember you live in the real world.

Conversely, don’t be too contrary. Mess someone about on purpose and they will get wise and they will move on. Keeping your cool is not the same as playing mind games. Even if the other person doesn’t get sick of you, any relationship that results will be flawed because you’ve already established an unequal power dynamic. The result is that whether you like them or not at the beginning, you’ll soon begin to despise them for putting up with your shit. Love isn’t special when it’s given willy-nilly. You won’t respect them unless you feel their love is genuine and that they’re with you by choice, not because they’re codependent.

Love might not look like you thought it would, but that’s no reason to be scared. We only see the Clinton’s Cards version of love—but there are as many different types of love out there as there are people. Every relationship is unique. Compromise is overrated in some respects: you need to compromise on when you have dinner and where you go shopping, but you needn’t compromise on your morals, beliefs and lifestyle. Anyone who loves you will love you because of (or in spite of) those things. Just be willing to come at things with an open mind, which is far more important. Be willing to try new things, but don’t be afraid to say no if you’re uncomfortable. Accept that people are different and may have conflicting ideas, but if they love you they’ll respect you anyway.

If you look at life as a game and love as play, it all becomes a lot less serious and as a result much more fulfilling.