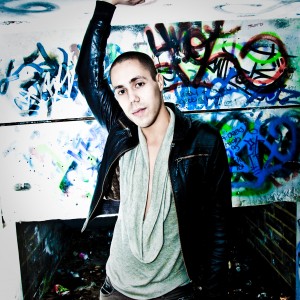 It’s a been a funny few months for gay folk. We’ve had a rugby player come out as gay. We’ve had a tabloid columnist effectively say Stephen Gately’s homosexuality killed him (as though his cock leapt to his throat and throttled him). We’ve had proposals tabled in the House of Lords to allow gay couples to marry in churches, synagogues and mosques. But there’s also been an increase in the number of reported hate crimes against gay men (either more gay people are reporting the crimes or the number of people being attacked, abused and discriminated against is increasing). A man was found with over 50 nail bombs in his house after being inspired by the Soho Bomber. And straight people are taking over local gay clubs to point fun at the trendy gays.

We’re at a crisis point in relations between the gay and straight worlds. Either we’ll gain further support (Jan Moir caused such a backlash in favour of civil partnerships and the gay lifestyle) or the lunatic fringe will become more militant and decide to blow us up when they’ve had a few too many Aftershocks down at the local ‘poof pub’.

Hopefully it’ll be the first option and not the latter. However, the end of 2009 and the beginning of 2010 does seem to be a key point in gay history, for better or worse. What’s even more shocking is that maybe I’ll have a date for Valentine’s Day this year. Unfortunately, it’s not Iris Robinson’s boy-toy 21 year-old. But if Attitude get their way, he may appear on the front cover of a gay magazine soon.

In what I see as a pre-emptive strike in the war against the BNP homophobes and their ilk, I say we mass together and kidnap him like the goblins snatching a princess in some Mediaeval fairytale, to take to their underworld king (in this case, a queen). We’ll either keep him on the mantelpiece as a rather lifelike ornament, or we’ll ransom him back to the straight world at the cost of all our gay liberties. I’m sure there are enough old , either in Parliament or sat around watching This Morning, to pay for his release. Maybe that’s how we’ll win the War Against (anti-gay) Terror.