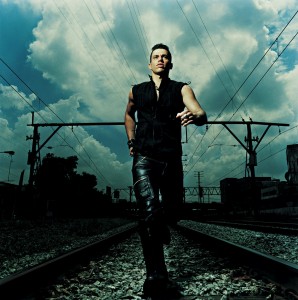 He’s cute, has those Latino good looks and South American flare as well as a pretty infectious new single called “Whatever, Whatever” and we think he’s destined for the same kind of profile as our dear Enrique and  Ricky (not the one from Eastenders).

Rodrigo hails from Brazil where from the age of 4 he grew up in a remote village in the Amazon Rainforest. At the age of 11 he moved to New York to study at the famous Broadway Dance Center, which is the place that inspired the film Fame, where he rubbed shoulders with some of the industry’s top performers and choreographers. On his return to San Paulo, he set up his own record label and soon found himself and his music being  celebrated on video TV, local radio stations as well as being featured in the pop press and before becoming a star all over Brazil.