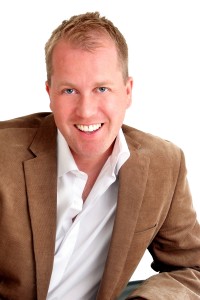 see, age, woman, ghosts, ghostly,Tony Stockwell has become one of the UK’s leading clairvoyants and is about to tour with the world famous medium, James Van Praagh. We sent the always open-minded Simon Savidge to meet him and talk about spirits, gay men being more sensitive and the afterlife. Little did Simon know he would get more than he bargained for…

“It’s funny isn’t it how some people are never going to believe what I do is real, but I’ve decided that I don’t mind now. I mean, if they just refuse to believe you, how on earth are you going to convince them?

This is how Tony Stockwell is. He is very warm, very chatty, and open and knows that sceptics exist.

“However, I once did mind. One lady was totally set to disagree with everything I said even though her daughters were saying ‘Mum that’s true’. She was insisting that it wasn’t. Then when I told her of a special memory only her and her husband would know, she suddenly became very emotional and said ‘Yes’. Some people just don’t want to believe that what mediums do is real. Unfortunately, some people are too keen to believe what mediums do is real.”

I got the feeling that if I said that everything he does is rubbish he would say “Well that’s ok… at least you have an opinion”. From an early age in the East End, he knew that he was a bit different from the other children. “Not only because I was gay, which you know when you are quite young, it was also because I could see things that other people couldn’t”.

In fact, from the age of four Tony could see “…a woman in my bedroom, she would appear after my mum had left the room. It wasn’t a family member as I would have felt that in some way and I knew that she wasn’t real. She had a different look about her somehow, ethereal sounds too ‘spooky’ but I guess that’s the word that describes it. I also used to get quite annoyed and upset if we played war games at school and people who had been shot had to die as I would say ‘but you can’t be dead… people don’t die’.” I ask him how other kids reacted to this and he laughs. “I think they felt I was trying to ruin their games”. Did this knowledge ever make him feel like an outcast? “Not really, no.”

It was a friend of the family who mentioned she’d seen a medium and what had happened. “I felt like there was someone else like me and so I started to go. As soon as I entered that environment I knew that that’s what I was all about.” Despite having a day job, he found his skill taking on more and more importance. “I was a wedding planner for a while, very stereotypical, and then I would go and do readings in the evening. That was until it just got too much and I decided to be brave and just go for the medium work. Eventually, regular demonstrations at Spiritualist Groups led to one-to-one’s, which grew and grew and took me on tours until the TV work started.”

All things paranormal have been huge TV winners in the last few years. The likes of Most Haunted, Street Psychic etc have brought mediumship into our living rooms and made them more popular. “I also think the fact that people question religion and the afterlife more is also part of it anyway”. However, has the sudden rise in popularity in anyway been detrimental to the field? “Hmmm… no I don’t think so. I think for genuine mediums it’s been very good and has made some incredibly popular. You have a gift but at the same time, you need to live. I think if you are claiming that you can tell when people are going to die and things like that then something’s not right. We can’t do that as it’s not preordained it can change.”

So far, so good but, like all people who meet him I wanted something a bit more solid than just his opinion. “Well for a start I would say that your Granddad, who died when he was 68, is sat in the room with us, well with you.” A stunned, slightly unsure silence follows. “I know as I can see Granddad written above your right shoulder and the numbers 68”. Tony picks up I am slightly shocked. “You’re questioning if you believe me, that’s ok people do, you want proof.”

Feeling slightly uncomfortable, it’s all a little close to home, I decide to change tact and discuss the fact that it must be difficult knowing that people who are bereaved and come to his shows are anxious for some kind of message. How can he, in a huge audience, give everyone something? “People can be desperate for a message and that can be difficult. Mediums get attacked by the press etc. for making money out of people’s hopes and fears and that’s why, if I can prove it to people it is real, I am more than happy to.”

I decide to bite the bullet and ask if he can see my granddad. What does he look like, and what can he tell me about him. Tony goes very quite and things slowly start to come through. “Okay… so… he had piercing blue eyes… I can see those but he’s not really presenting himself too well. I know that he had cancer… of the liver… or kidneys. I know when you last saw him he was very thin and fragile, which for him wasn’t normal. His name was David but you called him something else. It’s a B name… a Bo… a Bon or a Bong or something I don’t know that word.”

Now at this point it got strange as indeed I did call my granddad Bongy. But then Tony says. “You have his watch” I think, no that’s way off, until I remember my Gran did indeed give me a watch of his. “That watch stopped at 5.05. Hmm what else?”

Feeling quite emotional I think its time to move on and ask if he can switch when he is getting messages on and off as there are things that you might be doing that you don’t want spirits watching or even being around. He laughs. “Yes, you can but then when you are in certain situations spirits won’t visit you… they wouldn’t have in real life so why would they now. It would get very bad in our house as my partner is a medium too” and he adds with a wry smile, “and we have dogs that are very sensitive to it so it would be chaos.”

I wonder if being gay helps with mediumship. “I think it can actually. A lot of gay men and gay women are mediums or have the ability. I think in many cases we are just more sensitive to things. I am not saying there are no straight mediums (laughs) there are some brilliant ones. Nevertheless, I do think that more gay men also try to see if they have that ability. It’s not something straight men would rush out and do. However, if you have the gift you can’t really hide from it.”

I liked Tony and was; in all honesty, a bit ‘spooked’ by him but things got even weirder once I got home. I checked and found that indeed the watch stopped at “5.05”. Do I think my Granddad was in the room? Logic tells me one thing… what I’ve heard and seen for myself have, if anything left me more confused than ever.

For more information about the Across and Beyond UK tour with James Van Praagh and Tony Stockwell visit www.tonystockwell.com