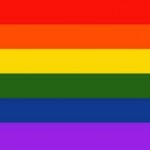 This was a call into the Bent office last month and it was clear from the tone of his voice that the young lad was completely bewildered at what to do next. We tried to calm him and asked if he had used a condom. He ‘hummed and ahed’ but eventually admitted that neither of them had taken any precautions at all and he had simply spent the night getting fucked senseless.

“Isn’t there a cream or summat that I can use?” He enquired nervously.

When he was told “No” he seemed surprised. However, we did suggest he went to the local GUM clinic or if that wasn’t open, he should try the A&E at his local hospital as there is an after sex drug (PEP – post exposure prophylaxsis) – a month long course of HIV treatment that may prevent HIV infection after the virus has entered the body.

When we talked more with the young man (he said he was 19) it was plain he knew very little about the current state of play regarding AIDS and HIV, in fact, we got the impression that he and his mates thought it was nothing particularly serious these days. It was only because one of his mates, who had been an ex-lover of the guy he slept with, had told him about the ‘fuckers’ HIV status, and had been insistent that he took a test, that he decided to call us as he was then suddenly scared.

A note of caution here – there is still no cure for HIV.

There are drugs that act as inhibitors but new strains of the virus continually crop up so taking precautions is still the best way (apart from abstention) to prevent the spread of the virus.

Meanwhile, here’s a point of law for that person who didn’t disclose his HIV status and thought he could shag with impunity.

In England and Wales you could be charged with ‘recklessly causing grievous bodily harm’ (GBH) by giving someone HIV.

There can only be ‘grievous bodily harm’ if sex leads to someone getting HIV. No HIV transmission means no crime has been committed.

The penalty for ‘reckless grievous bodily harm’ is a maximum prison sentence of five years for each person someone is found guilty of infecting. There is no minimum sentence.

If someone is under the age of 21 they will serve their sentence in a young offenders’ institute. Someone with no settled residency status in the UK can be deported after finishing their prison sentence (the judge has recommended this in some trials).

The penalty for ‘intentional grievous bodily harm’ is a maximum sentence of life imprisonment.