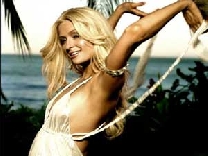 Paris Hilton has been ‘fired’ by her own chain of nightclubs.

Club Paris – which opened its first branch in 2005 with the hotel heiress lending it her name and endorsement – has announced it is disassociating itself from its namesake.

Owner Fred Khalilian said: “She’s created a circus for herself.

Paris, 25, has failed to attend her scheduled appearances at the two clubs in Orlando and Jacksonville, leaving Khalilian exasperated.

‘The Simple Life’ star first let the chain down when she arrived six hours late for the grand opening of the original Orlando club in January 2005.

At the time, she said: “I was in the Swiss Alps skiing, and I got caught at the airport with all the holiday travel so I’ve been trying to travel for the past 24 hours. I’m so sorry I’m late.”