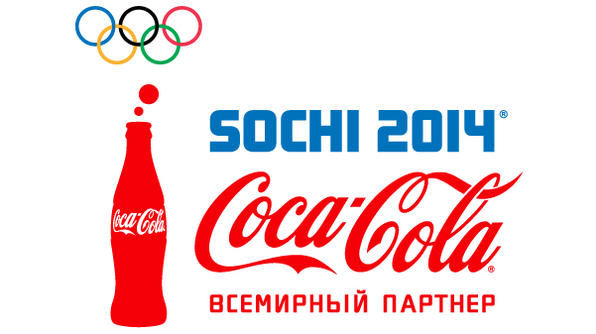 In a viral new petition, over 250,000 people in the United Kingdom and around the world are demanding that Coca-Cola, a major sponsor of the 2014 Sochi Winter Olympics in Russia, immediately condemn Russia’s brutal and draconian anti-LGBT laws that sanction violence and discrimination against gay people, and criminalize a large swath of other behaviours deemed “gay propaganda,” including coming out.

The petition, launched by SumOfUs.org a global consumer watchdog organization, in conjunction with All Out, an organisation mobilising millions of people and their social networks to build a powerful global movement for love and equality, has been signed by over 250,000 people in less than 48 hours.

Coca-Cola — one of the largest global sponsors of the 2014 Sochi Winter Olympics — has invested millions in Russia and in the International Olympic Committee and top executives will meet on Thursday to discuss the company’s reaction to the rising tide of anti-LGBT violence and discrimination as a result of the country’s laws. “The Olympics should be about celebrating all that is good in humanity. But instead, the Sochi Olympics risks being known for hatred and homophobia, due to a draconian new Russian anti-gay law that criminalises even coming out of the closet,” explained Martin Caldwell, UK campaigner for SumOfUs.org.  “Coca-Cola has demonstrated a strong commitment to equality and human rights in the past – and needs to step up to protect LGBT people in Russia today.  This means condemning Russia’s anti-gay laws and demanding their repeal.”

“Coca-Cola is an incredibly important position of power and has the ability to influence both the International Olympic Committee and Russian leaders,” Joe Mirabella, Director of Communications for All Out said. “The safety and dignity of Russians, athletes, and fans is in doubt as long as Russia’s anti-gay laws are intact. Olympic sponsors have a moral obligation to speak out now and demand an end to Putin’s human rights crackdown.”

The “gay propaganda” ban follows an earlier ban on the adoption of Russian-born children, not only to gay couples, but also to any couple or single parent living in any country where marriage equality exists. The law makes it a crime for parents to tell their child that being gay is okay, for Pride parade organizers to put on public demonstrations, for health officials to distribute information regarding safe sex between same-sex partners, and for judges and lawyers to represent LGBT clients, subject to arrest or fine.  The law also allows police officers to arrest tourists and foreign nationals they suspect of being homosexual, lesbian, or “pro-gay” and detain them for up to 14 days.

Numerous reports document that people are being arrested, beaten, intimidated, and harassed as a result of these anti-gay laws.  Russian lawmakers have vowed that LGBT foreign nationals attending the 2014 Sochi Olympics would be subject to this law