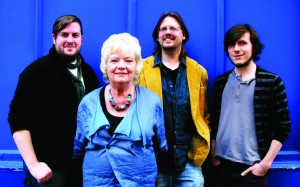 There is a new book award on the scene for 2010 ‘The Green Carnation Prize’ (formerly ‘The Man Fooker Prize’) which is celebrating the best writing, both fiction and memoir, by gay men published this year in either hardback or paperback.

We caught up with one of the co-founders and judges, our very own Simon Savidge who judges along side authors Paul Magrs and Lesley Cookman, Doctor Who actress and legend Katy Manning and blogger Nick Campbell, about how it came about.
“Paul Magrs sent a tweet on the day of the Man Booker longlist saying… where was an award for gay male writers, a Man Fooker Prize? A twitterathon started… a prize was born… judges were chosen…publishers contacted… books were submitted but the award name changed as some felt it was too pastiche or controversial… now… here we are.” 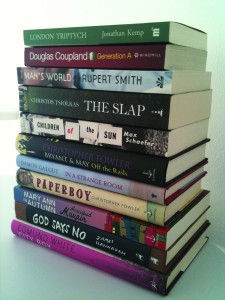 Simon goes on. “The long list was announced on September and featured some of the gay greats such as Edmund White and Armistead Maupin as well as debut novels from James Hannaham and Jonathan Kemp plus authors such as Christopher Fowler and Rupert Smith who have prolific works but little mainstream recognition. There was quite some debate however on a certain author being missing from the list but unfortunately you can’t please every writer. This prize isn’t about the gayest book, whatever that is, or the most shocking and sex filled, it’s about the best writing that appeals to a selection of people across the board as long as the authors a gay man it doesn’t need a gay story line.”