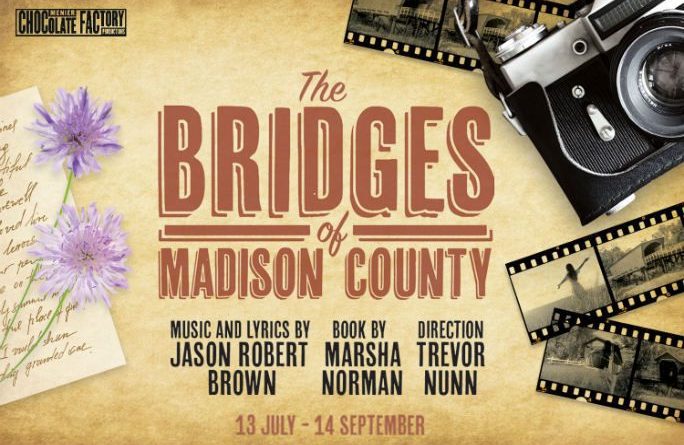 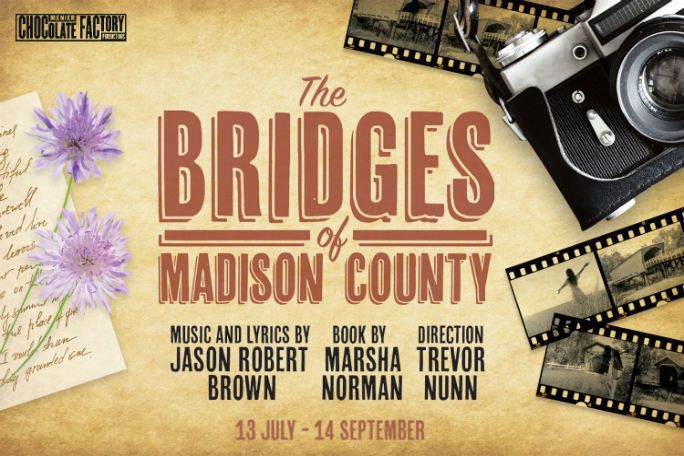 A classic mid-life-crisis romantic tale in which tad-bored middle-aged mother and housewife is mutually passionately smitten with footloose-roving middle-aged man – opposites attract, as each has what the other so lacks. The drama arises from their moral decency: her loyalty to her family, his respect for this.

The theatrical-magic-magnet that is the Menier Chocolate Factory has done it again – bagging a musically-powerful UK premiere, plus a true theatre-legend director heading a world-class creative team capable of steering the production clear of a potentially cataclysmic storyline schmaltz-trough!

This musical version of Robert James Waller’s best-selling novel is dramatically adapted and tautly structured by Marsha Norman, with time-jumps intriguingly yielding back-stories, and clever home-and-away scene-splicing building tension as a time-bomb counts down, just as the passionate affair builds.

The source material’s rather thin plot is similarly transcended by composer/lyricist Jason Robert Brown’s wonderfully potent words and music – he won Tonies for the 2014 Broadway premiere, for Best Original Score and Best Orchestrations – and by such honest, committed performances from the fine cast, and by superior direction and design that ensure 2¾ hours (including interval) movingly waft, if not whiz, by!

As the remainder of Francesca’s family – largely away at the Iowa State Fair – Dale Rapley exudes rugged self-sufficient pride as feisty, unwittingly bull-headed and chauvinist husband Richard “Bud” Johnson; and youthful Maddison Bulleyment and David Perkins humorously and endearingly bicker and fret about their futures, as the Johnson siblings Carolyn and Michael.

Gillian Kirkpatrick and Paul F Monaghan likewise add both comedy and heart as fundamentally loyal neighbours, Marge and Charlie – she a tad frustrated and nosey, he more benignly resigned.

The core nine-strong cast is completed by a sassy Georgia Brown, excellent as Francesca’s less romantically inclined sister, Chiara, and as the high-energy State Fair Singer; and by a dazzlingly-voiced Shanay Holmes, singing Robert’s wife Marian’s backstory quite gorgeously.

Theatre titan Trevor Nunn has not only excelled with his spot-on casting, and pitch-perfect pacing, but also via the top-notch creatives he has assembled.

And a big bow, please, for Tom Murray, heading up a sumptuous 10-piece band, rendering Jason Robert Brown’s own lush orchestrations – but alas only two of whose players we ever get to see!

The Bridges of Madison County runs at the Menier Chocolate Factory in London, until 14 Sept 2019.