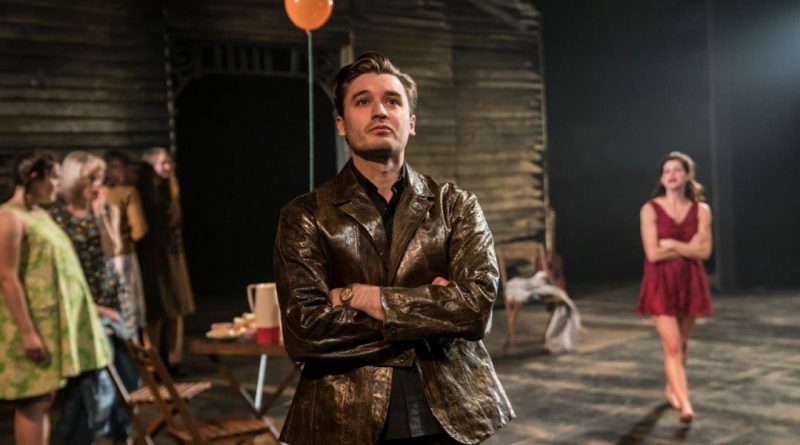 With a lengthy genesis spanning his most fertile period, rarely-revived Orpheus Descending is classic Tennessee Williams fare – exploring how socially unacceptable passions inevitably and inexorably burst forth only to be tragically violently eliminated by the society that so seeks to supress them. Despite not a single gay character on stage, as an expression of the dramatist’s very soul: gay… or… what!?! Williams’ genius, and personal tragic irony, in this and his other great plays – unsurprisingly given the climate in 1940s/50s America –  is to sublimate and morph his own gay situation. His wider target is oft a rabidly macho, male-dominated, racist Deep Southern society out to subjugate women, non-whites and frankly anyone bold enough to be true to themselves and step out-of-line. Moreover, with Williams’ trademark poetry and symbolic imagery (not least wild animals, from snakes to birds) woven throughout, the ghosts of Chekhov, Ibsen and Strindberg abound! Titular Greek myths too – a charismatic musician descending into a hell to try to redeem a woman only to be destroyed by those immune to his charms!

The work started life in 1940 as Battle of Angels; premiering as Orpheus Descending on Broadway in 1957; then a film adaptation, The Fugitive Kind (1959) starring Marlon Brando – none too successful! Recent West End revivals have starred Vanessa Redgrave (1989) and Helen Mirren (2000) in the lead female role. This current offering is a co-pro between the Menier Chocolate Factory and Theatr Clwyd. Lady is a middle-aged women trapped in a loveless marriage to dying chauvinist racist Jabe, who she subsequently finds out is partly responsible for the death of her immigrant father. She employs younger wild-yet-basically-honest vagrant musician Val to help out in the store her ill husband can no longer run, falling for his charms. He soon moves in, living in a rear room, and Lady – who we learn has already aborted a previous child from another affair – falls pregnant again. The sheriff, jealous of Val’s impact on local women, including his own wife, tries to force Val out of town. Yet all too late to stall a tragic fate!

Hattie Morahan and Seth Numrich are simply stunning as the lead couple: desperate, neurotic and vulnerable Lady and charming, soulful and sexy Val – the power-play between the two ebbing and flowing with nuanced chemistry, as tension builds. Mark Meadows plays Lady’s rabidly chauvinist and bigoted husband Jabe with as much relish as the menacingly imposing Ian Porter displays as Sheriff.

Carrie Quinlan makes a morally upright yet blazingly chilling Nurse Porter, triggering the play’s final vicious denouement; and Valentine Hanson completes the cast in perhaps the most enigmatic character of all: eerily ubiquitous Uncle Pleasant – the feared, abused yet stoically strong mixed native-black character who animalistically, oft-wordlessly senses and observes events unfold, recovering and passing on Val’s talismanic snakeskin jacket to Carol at the end. Tragic. Yet the wild, free spirit lives on. Orpheus Descending runs at the Menier Chocolate Factory in London, until 6 July 2019. For more info and to book tickets, visit www.menierchocolatefactory.com