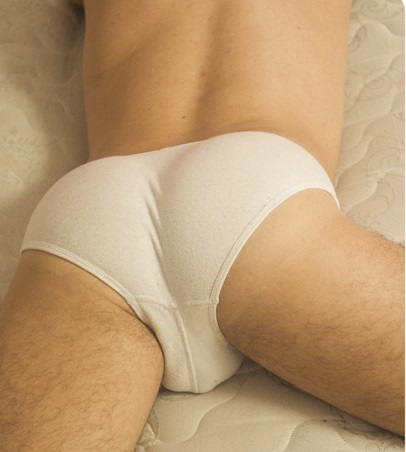 I met this lad at the gym… he was about 19 or 20, OK looks and had a great body. I’d seen him working out on his own for about 3 months and quite liked the look of him but other than exchanging a few nods… we’ve never said much to each other.

When I walked into the steam room last week he was there on is own… so I settled down next to him and started a bit of small talk. He was just wearing a pair of pale blue Speedos and the bulge… that I’d also noticed in his shorts before… was very appealing. Although to be honest, his cock was not what I was interested in, I just wanted somewhere to unload by aching balls. He seemed happy to chat so, as we sweated, we exchanged info about diets and protein drinks… you know the type of thing? All the while I was watching him real close, occasionally stroking my growing cock hidden in my red nylon shorts and getting stiffer by the minute. I’m not sure how it came about but at some point in the conversation I said how the heat always made me horny…and as I’d noticed his bulge getting bigger thought he might feel the same way. He did. I asked him if he wanted a bit of fun and he surprisingly agreed to come back to my place; after all, I’m a good 20 years older than he was… but still in fairly good shape. He followed in his car.

As soon as we’d walked through the door I steered what I regarded as my afternoon fuck towards the bedroom and immediately started to peel the clothes off him. I think he wanted to kiss but I have no interest in that kind of thing… I just needed to get to my main prize. I wasn’t vicious or anything… like tearing at his clothes, but there was a sense of urgency as I forced him backwards.

His tight little white cotton trunks were really bulging out the front and I knew he had quite a big piece of meat in his pants. In moments he was naked and I was down to my sweaty and very straining jock-strap. I pushed the lad onto the bed and admired his splayed out body for a few seconds before leaping on top and rubbing my aching and active crotch into my shag’s face. After a couple of minutes of this erotic friction I ordered the nervous lad to “open wide” and made him take the entire length of my leaking cock deep down his throat.

He gagged and squirmed a bit but I could feel he was as stiff as a board under me. I grabbed his cock giving it a few pulls but as I was almost cumming myself, and was only interested in relieving my bollocks, I left him on the verge and flipped him over pulling off his undies as I did so. His arse was as pert and as desirable as I knew it would be and after a quick probing with my tongue, leaving a thick pool of saliva, I quickly donned a condom then aimed my straining bulky dick and shoved on in.

He squealed and wriggled a bit, clutching at the bedding as if in real pain but my cock was already so far up his butt it wasn’t about to come out, nevertheless I urged it deeper into him.  My bollocks had been bubbling for some time and his tight little shitter was working its magic charms on my pulsing tube and I could feel my spunky load begin to rise. After a few more moments, as I teased my rubber sensitive cockhead at the entrance to his slippery hole, I drove in deep for the last time.

I came thrusting harder, pinning him securely to the bed and unloading my milky juices straight into the young guy’s tightly gripping butt. He lay breathless and shagged out as I pulled out and wiped my spunky dick on his clean little white briefs. Eventually he turned over and was sporting a desperate hardon of his own… my shag had been effective but I was finished now.

“OK you’re done,” I said dismissively while pulling on my pants. “Now fuck off.”