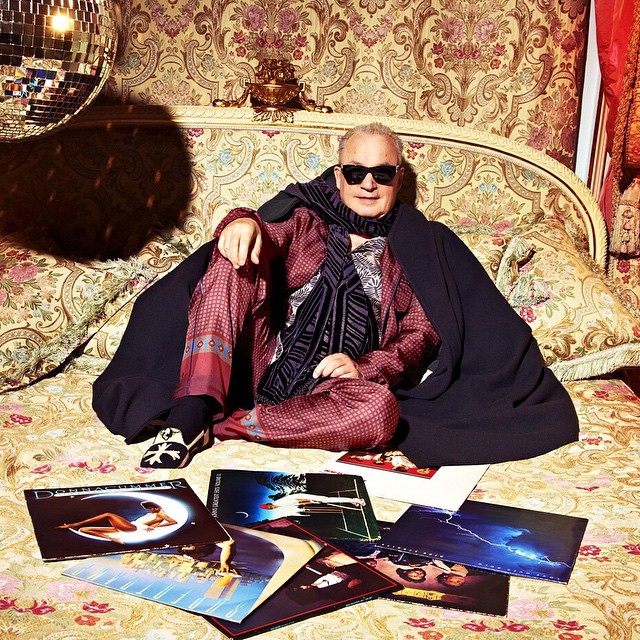 RCA Records and Sony Music is honoured to announce that the founder of disco and an electronic music trailblazer, Giorgio Moroder has signed a worldwide deal with Sony Music International and will be releasing his first solo album in over 30 years in spring 2015.  In celebration of the news, Giorgio shares a brand new video for first song released today from the album entitled “74 Is the New 24.”

Giorgio made his mark as an influential Italian producer, songwriter, performer and DJ. At 74 years-old, Moroder still has his hands in the center of EDM culture, swinging back into the spotlight as a guest collaborator on the GRAMMY Award-winning Daft Punk album Random Access Memories (“Album Of the Year”), remixing Lady Gaga’s and Tony Bennett’s “I Can’t Give You Anything but Love,” Coldplay’s “Magic,” along with remixes for Donna Summer, Haim and his Scarface motion picture soundtrack. He has a newfound station as a live DJ which included major festival slots in Japan, Sweden, Mexico, Germany, the HARD’s Day Of The Dead in Los Angeles, and at the Pitchfork Music Festival earlier this year.

Over the course of his career, Moroder has worked with some of the most famous names in music including Barbra Streisand, Elton John, Donna Summer, Cher, Janet Jackson, Chaka Khan, Freddy Mercury, Blondie, and David Bowie to name a few. He is heavily noted for being the key player in the Queen of Disco Donna Summer‘s rise to fame throughout the 1970s, collaborating with her on her biggest hits including “Love To Love You Baby,” “Hot Stuff” and “I Feel Love.” In 1997, Moroder and Summer won the Grammy Award for “Best Dance Recording” for the song “Carry On.” He recently teamed with Verve records to honour Summer with Love To Love You Donna, a collection of her most notable hits remixed by Afrojack, Hot Chip, Laidback Luke. Masters at Work, and others. d success everywhere the disco craze touched down but he is also responsible for some of the most classic film scores to date including Scarface and Midnight Express, as well as timeless soundtrack numbers like “Take My Breath Away” (Top Gun), Irene Cara’s “Flashdance,” Blondie’s “Call Me” (American Gigolo), as well as compositions on films such as The Never Ending Story, Superman III, Rambo III and Beverly Hills Cop II. From these, Moroder has accumulated three Academy Awards, four Golden Globes, four Grammys and more than 100 gold and platinum records. Giorgio Moroder was inducted into the Dance Music Hall of Fame in 2004.