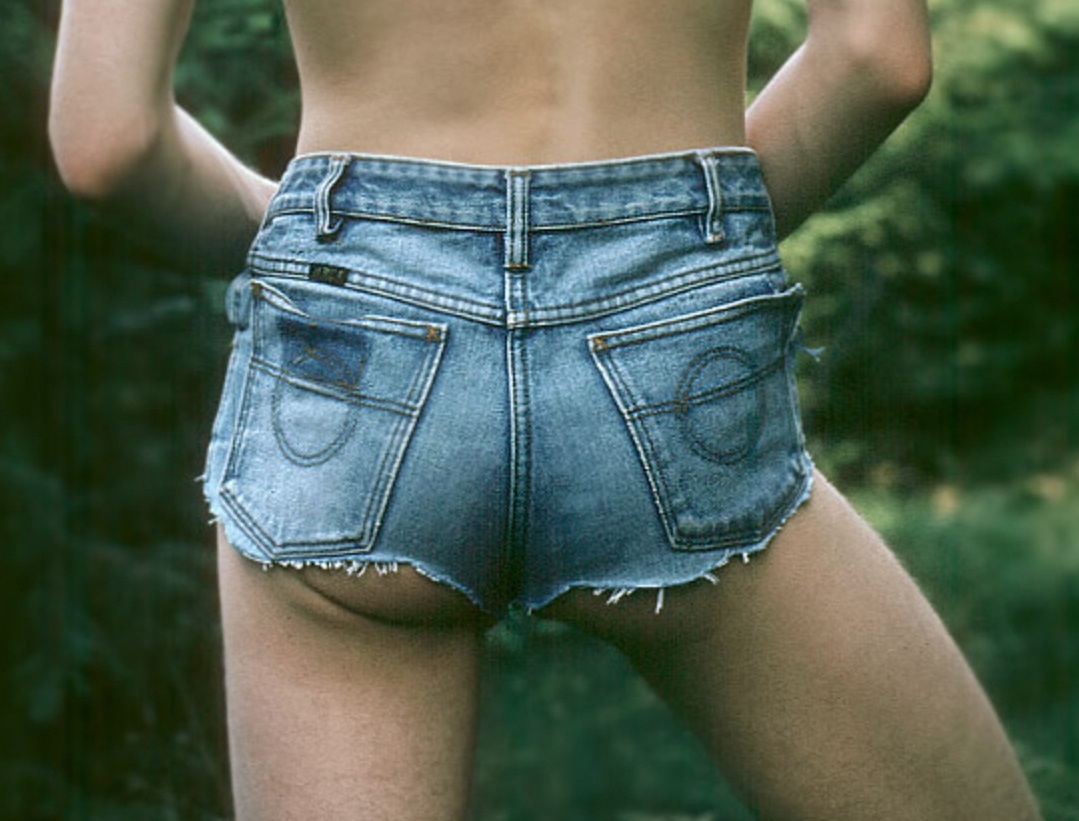 Donny looked good in his cut-off shorts… and he knew it. He’d found them in a Thrift store when he was ten and just loved their faded, distressed look even then. Now, at 18, he still managed to squeeze into them and to say they fit him snugly would be an understatement. The well worn back seam pulled up his ass-crack and separated his meaty youthful globes, while the heavy duty zip found it hard to contain his cock, even when it was flaccid and at ease. He really liked these shorts and wore them at every opportunity. Even if the weather wasn’t quite right for such dressing down, he could be seen out and about in his loose-fitting t-shirts and overly tight denim shorts.

When he bought them all those years ago the assistant in the Thrift store wasn’t sure what to charge, so Donny just handed over a few coins and the item was his. From that moment, even as a ten year-old, he knew they would mean something special to him, would define him in some way, would make him different from the crowd. He was correct but not in the way he thought they would because his more affluent friends would laugh at him for wearing such a ragged piece of clothing. They would have all the latest styles and every year would see another fashionable trend, and another pair of ‘must-have’ shorts, where Donny would simply arrive in his well-worn cut-offs. I suppose it made sense as Donny’s father didn’t make a heap of money, so, in that household at least fashion was not high on any list. Essentials, that’s what his father said, they could only afford essentials, so what better excuse could the young lad have for sticking to his much loved shorts. He prized them so much that over the years he had made a history of who had owned them before him. In his mind he had the lineage; from a new pair of jeans worn by a very slim cowboy and through the ages, and after countless owners, had become cut-down and ended as they were now. In parts the fabric was so thin, and the blue almost white, that it looked like his flesh would break through at any moment but garments were made sturdy in those days so it didn’t.

When not at school he worked in his father’s garage, helping him mend and repair the cars and trucks for the farming community where he lived. Work was spasmodic, which is why they had to keep living expenses down, but in reality, his father never denied him anything and he wanted for nothing. Food was always on the table and his dad kept a roof over their heads, even when things had gotten really difficult a few years back. That was when his mum had upped and left with some trucker she had met at the café where she had worked. Even when he got into those awkward teenage years, he was always respectful to his father and did as he was told. He knew his old man was trying to do his best under difficult circumstances. He realised what a tough life his father had and, since his mother had gone he didn’t want to add to his father’s problems. However, there was no denying it; things had begun to get worse. His father’s eyesight wasn’t what it was and the work was becoming less and less so Donny thought he had better try and get another job to help supplement the household income.

He wanted to look out for his father the way he had looked out for him, and, at 18, he thought it was time to be a man. It’s not that Donny hadn’t pulled his weight. Even as a youngster Donny had always helped his dad in anyway that he could. He knew his way around an engine and could fix just about anything, electrical or mechanical, unfortunately, that skill was not working out as well as it should.

Whilst at school Donny was a keen swimmer, in fact he was good at all sports but particularly liked to swim. His father had encouraged him and had driven him to meets where possible. Donny was a very good swimmer, occasionally winning the inter-school championships and teachers and coaches were forecasting a great sporting future for him. Even then he always wore his favourite swimming trunks, a pair of pale blue Speedos he’d had since a kid and again which were bought from the Thrift store. He wasn’t sure why he became so attached to certain things but, it obviously started young. However, when he was 13 years-old he realised how much extra his father had to work to help pay for his chosen sport as he drove him around the county to all the various competitions. They would often arrive back from such a trip, with a winner’s medal but Donny’s father would then have to spend almost the entire night and well into the early hours, catching up on his own work. Donny thought this was unfair and slowly pulled himself out of the swim team so that he could help his father more. The encouragement from his father didn’t stop but Donny, even at that young age, realised that he had some responsibilities other than to sport, no matter how good he was. He still swam when the opportunity arose but his competition days slipped away behind him as he watched and quickly learned from his father how to repair those faulty engines.

Donny was popular around town. He smiled and talked to anyone and everyone and at school he was as popular with the boys as he was with the girls. His slim build harboured a lean and tightly muscled body. His homely good looks would perhaps never grace the cover of a fashion magazine but he was handsome enough to turn appreciative heads as he walked down the street in his easy, friendly manner. However, when he wore his cut-offs, well, that was when he seemed to get the most attention from a ‘certain’ type of man. The requests for a little private show, for which he would receive some extra money, were tempting and before long, and through word of mouth, he was becoming more and more popular for these ‘private’ exhibitions. This extra money helped but as his father’s health deteriorated rapidly, it wasn’t enough to pay for those extra care bills that now appeared.

Still, the offers to make more money in just a fraction of the time were mounting. Some guys prepared to give large amounts of cash to spend some intimate time with our cut-off hunk. Donny was no innocent and had dabbled in the past with his friends and colleagues on the swim-team but was wary of taking this final step. However, now he was the only one able to make any money he realised he had to step-up and make some sacrifices like his father had done. One day he accepted an offer he thought was too good to refuse and let a guy blow him who was prepared to pay big for the privilege. The man couldn’t wait and was shaking in anticipation as he pulled down that bursting, almost broken, bulging zip to release its treasure. Blessed as he was with an worthy sized dick, Donny reluctantly let the man loose. He was good and soon had the young lad desperately trying to hold back but he lost the battle and flooded the man’s eager mouth with copious amounts of prime teenage spunk. The man was ecstatic and inevitably the word spread around town about the desirability of that denim clad package and what was available. The offers soon escalated until one night, behind a derelict barn out in the country, and with his cut-offs down around his ankles, one man, who had paid what Donny thought was a fortune, triumphantly took the ultimate prize. Painful though it was, Donny never looked back on his new choice as the family breadwinner.