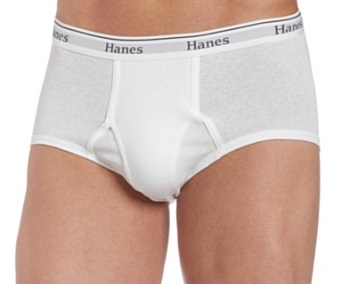 The light was at red and said “DON’T WALK” and I waited patiently for the traffic to move away and the white “WALK” sign to appear to help get me across the road. As I hovered at the kerbside on a fairly bright Saturday morning here in Los Angeles I noticed a plastic carrier bag in the middle of the road where I was about to walk. I could tell there was something in it as the handles fluttered around in the light morning breeze but the main part of the bag was weighted to the ground. “WALK” appeared and my curiosity grew as I ventured on my way. Bending slightly as I passed the package I caught hold of the flapping handles, and in one deft movement, had scooped up the discarded piece of rubbish and carried it safely to the opposite kerb as if I was a garbage conscious member of the public.

Once there I waited a few moments near to a trash can but pretended to be absorbed in something in a shop window pretending to be distracted from depositing the bag in the bin. I also wanted to see if anyone would come up and claim the contents before I got rid of them. A few moments passed before I looked to see what the bag contained and was surprised to see a label I knew so well. HANES was written all the way round the waistband of a pair of their white cotton briefs… size 30” waist. Although it was a particularly unfashionable brand name, they were inexpensive and wore well. As I have more than a passing interest in underwear, this to me was like finding a $50 bill; I couldn’t have been more excited at my discovery and good fortune. I looked around to see if anyone was watching but as usual, everyone just goes about his or her business with little interest or regard for anyone else. I plunged my hand in the bag to see if there were any more items or perhaps an indication of who the owner might be but my hand only met with the pants, which were damp and sticky to the touch. I was in ecstasy. Freshly used and abused pants I just couldn’t wait to get them home. As I stood and fumbled with my gluey prize I let my mind wander as to the owner. Like an electric bolt my head was suddenly assaulted with strong visions and eventually a clear picture formed in my minds eye. Instinctively, or perhaps via some form of cosmic energy, as my fingers fondled the cheap and gooey fabric, the night’s proceedings began to evolve to me. It was as if I was there, watching and making mental notes of the action.

Six strong, sturdy, sexy young guys were standing around a large old oak table chanting letters from the Greek alphabet. They were nude apart from each was wearing just a pair of pure white HANES pants and their bodies glistened in the reflection of mirrors and candlelight. It became clear that these fantastic specimens of the All-American Jock were taking part in some kind of fraternity house mumbo-jumbo that many of our esteemed organisations for further education encouraged. Looking at the well defined bodies, firm legs, pecs, abdomen and chests that had been worked on and developed to give that edge on the field of play, I too so wanted to be one of those to pledge themselves to their fraternity comrades. The chanting finished and one of the cast opened a side door. He led in a smaller, blindfolded version of himself dressed in standard college issue blue PE shorts and vest. Despite the covering there was no denying that the new boy was every bit as toned and as tight as the pledge masters that surrounded him. “Brothers,” said one of the six, “ tonight we are asked to admit one to our house. He has agreed to obey the tasks as set by those of Alpha-Lambda. First we need to perform the ceremony of the HANES and raise this applicant from being a boy… into a man worthy of being one of us… a Brother in the Alpha-Lambda.”

The blindfolded pledger was helped up and stood in the middle of the table, feet slightly apart but with his body fully erect. A pair of scissors was produced by each of the six pledge masters and they began to cut away at the lad’s scanty garments. His tight fitting blue nylon shorts and vest were soon cut in tiny pieces about his feet but a tiny pair of white nylon bikini briefs were left barely concealing his half-swollen cock

“And now to lose those childish things.” Two guys moved in with scissors ready. Placing the open blades at the side of each thigh they snipped simultaneously at the waistband of the soft fabric. As the destroyed piece of nylon gently fell from his body, caressing his inner thigh on its descent to the table top, the lad’s buns flexed together whilst his cock sprung to immediate attention in front. The six guys then traced and teased patterns with their metal scissor blades along the length of his hard pulsating cock, between his legs and over the globes of his fantastic, quivering butt. The youth’s sturdy dick throbbed and oozed but he somehow knew he wasn’t allowed to let his inhibitions go.

They tortured him in this way for a few minutes and the bulges in the spunky pledge master’s pants said they were enjoying the spectacle in their own special way. As the metal glided over the lad’s beautifully smooth purple cock helmet one of the six announced it was time. The scissors were put away and a small white parcel was produced. Ceremoniously unwrapping and unfolding the item soon revealed a brand new pair of pristine white HANES briefs. Holding them up the spokesman declared, “With the wearing of the Sacred Hanes, boyish things are in the past and only the Brotherhood pursuits remain.” With that they helped the young freshman into his new pants. The gym shorts and the briefs had looked fantastic on the lad’s superbly sculptured body but as the thin, cheap cotton moulded neatly over his young tight butt, the sight of the soft fabric proudly tenting out was spectacular. The fraternity of Alpha-Lambda took this as their cue and pulling out their half dozen erect and eager cocks wanked and worked themselves into a frenzy.

How the briefs ended up in a plastic bag in the middle of the street I have no idea. But I wish I were at the Alpha-Lambda meeting when the pantless pledger would have to explain their disappearance. Meanwhile, I shall be having many little initiations of my own whilst wearing these well-used HANES… size 30” waist.