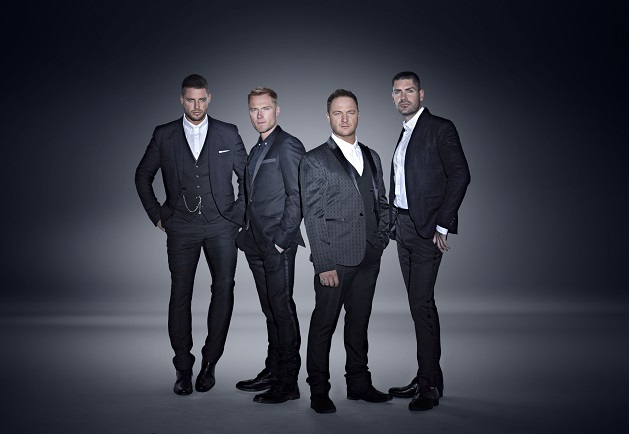 In November 1993 a bunch of young lads from the north side of Dublin presented themselves to the world at large with a now infamous performance on Ireland’s biggest TV show, ‘The Late Late Show’. Twenty years, twenty five million record sales, four #1 studio albums and six #1 singles later, Boyzone are still going strong and are set to embark upon a new stage in their hugely successful career.

To mark their 20th year together, Ronan, Keith, Shane & Mikey have already announced a major eighteen-date UK and Ireland arena tour, to thank their fans for the phenomenal support over the years and to pay tribute to their brother, Stephen Gately. Now they can also confirm they have signed a new recording deal with Warner Music and will release a brand new studio album titled ‘BZ20’ on November 25th through the Rhino label.

Boyzone are currently recording ‘BZ20’ at Metrophonic with Brian Rawling, who has previously produced some of Ronan’s solo material as well as delivering hits for the likes of One Direction, Kylie Minogue and Cheryl Cole.

“We’re incredibly proud to announce the release of our new album, ‘BZ20’ and our new home at Warner Music. It seems crazy that 20 years have passed since we first got together but we are as excited now with the new album as we were back then. Bring on the next twenty years…”