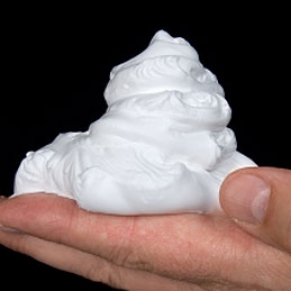 I awoke to see a dull light behind the curtains. My eyes focused on the red display of the digital clock – ten twenty, a moments panic hit me but soon departed as I realised it was Saturday and not a work day.

All that happened in a glance, and then my eyes fell upon the head resting against my chest. My right arm was around slender shoulders holding a warm body against me. All I could see was fine blond hair. The soft sigh of breathing told me my lover was still asleep.

We had met the previous night at a bar just a few streets away from where I live. It is a gay bar but so grotty I very rarely frequent it. I had called in on my way home for a last drink. It had been one of those weeks piled into that one day. All I really wanted to do was get home, get out of my work suit and slip effortlessly in to a foaming hot bath and have an early night. As I had no booze in the house I thought a stiff one might just unwind me a little. The bar was quite full and looking around I could see it had its quota of misfits. I downed my first scotch and ordered another. Whilst it was on its way, I could see at the far end of the bar a young guy standing on his own. He was being cruised like crazy by nearly everyone in the place but he didn’t seem all that concerned. He had clearly made a group of queen’s night as they sat at a table behind him. Obviously the lad’s youthful butt had created quite a stir.
He seemed quite nice. I’d reckon about eighteen or nineteen, clean-shaven, blond and… looking at me. He smiled and walked over and asked me if I wanted a drink. I stood a bit dumb for the moment, at nearly forty, I hadn’t been picked up (by someone this cute) for ages. His cheeky smile got to me and I grinned back a ‘Why not’.

That was that. We had a couple more drinks and I invited him back to my flat. As I’ve already said, I didn’t live far away so we walked but a steady downpour, even in just that short distance, had sodden us by the time we arrived. The first thing to do was get out of our wet clothes. He stripped quickly. His denim jacket, checked shirt, sneakers, socks and jeans were piled in a heap on the floor. He stood there looking gorgeous as I passed him a towel and began to collect his things to put them over the radiators to dry off. As he dried himself I noticed he must have been away on holiday fairly recently. His blond hair contrasted with his hairless tanned body, which was highlighted by a pair of pure white cotton trunks. As he towelled his hair I stood and admired his physique. He wasn’t a well-built muscle boy but what he had was perfect, not an ounce of fat anywhere. My damp clothes were beginning to irritate me so I went to the bathroom to undress. I was glad to shuck off my work clothes, wearing a suit and tie always annoyed me. As I stripped down to my black Calvin Klein briefs I could feel him standing in the doorway even though my back was to it.

He moved up behind me and put his arms around my waist. With a sigh he rested his head on my back and held me for a moment. I could see our reflection in the mirror at the side. His eyes were closed as he quietly held on to me. I could see, as well as feel, this sturdy young stud’s equipment bulging out of the soft white fabric and digging into the small of my back. His hands began to wander to my hardening nipples and stroked the thick matted hair on my chest. He then moved his hands down to my briefs and through the thin material he began to manipulate my sensitive cock. The lad certainly had plenty about him and I wondered if his next move was to shag me. At that particular moment I was so horny I wouldn’t have minded. He tugged me round to face him, looked into my eyes and asked me to screw him there and then. I pulled him towards me and kissed, my tongue forcing open his delicious soft mouth. He gave way to it completely. My hand caressed his back and ran down to his cotton covered buttocks, my fingers tracing the crack that separated them. He was moaning a little by now so I turned him around and could understand how, at the bar, he’d made that group of queen’s day. His young arse made my dick pulse to attention. I looked on the shelf and found a can of shaving foam and, as I pulled back on the waistband of his pristine white pants, I oozed foam all over his buttocks and into his neat little crack.
Rubbing my erect cock against his outlined arse I smoothed the substance into his arsehole. With another soapy mound in my hand I pulled down the front of his trunks and lathered the creamy white foam around his stiff little cock and jangling balls. His moans got louder as he squirmed against me; his knob was pulsating wildly in my hand. As he flexed his tight buns I pulled out my cock from behind my briefs and inserted it up his pant leg searching for his shagable channel.

Later, we were lying side by side on the rug in front of the fire enjoying some conversation. We small-talked for a while but the closeness of our bodies; the constant touching and stroking soon had us both hot for more action. Just looking at the sexy way he was laid, with one leg straight out and the other bent at an angle made for one of the horniest sights I’ve ever seen. The way his pants hung exposing just a glimpse of youthful cock… if it was on a poster it would be on every young guy’s wall and fuelling every gay boy’s nocturnal emissions. We moved closer together. Our raging cocks rubbing together behind their cotton barricades while lips, teeth and tongues searched for different areas to tease, nip and lick. He found my hairy body fascinating and tugged at the hairs around my nipples. I loved his almost hairless torso running my sensitive tongue over him; it was like licking a warm piece of porcelain. It wasn’t long before our eager duelling cocks had reached the point of no return. He bit hard on my right nipple and I felt a surge of cum fill my pants. Seconds later my probing finger had invaded his tight arsehole and he added to the mess already soaking into his, less than clean, ribbed underwear.

As I said, it was morning now and I was still holding on to that fantastically horny lad. I could see his undies hanging off the corner post at the foot of the bed. I remembered that at some point in the night’s ‘festivities’ he’d pulled them off and, hoopla style, tossed them to where they now hung. I looked on the floor and saw the small pile of used condoms. Christ, I hadn’t been that productive since I was nineteen – it was just one stiffy after another. Thankfully my new friend had insisted that I fucked him properly. I was only too pleased and his tight hole kept my dick coming back for more. I think we eventually got to sleep about 6.30.
I eased the sleeping head off my chest and went to the bathroom for the usual and to brush my teeth. I didn’t want my morning breath to put him off first thing. On my way back I was drawn to his much-abused pants. I’d been meaning to buy myself a similar style the next time I went shopping, so I slipped them on to see what they looked like. They still felt a little damp and a bit ‘crusty’ in places but pulling them up my legs my cock began to grow. They were very tight on me and by the time I had climbed back into bed beside him I was physically bursting out of the damn things.
A sleepy arm wrapped itself around me and soon his head returned to rest on my chest. After a couple of minutes his breathing pattern changed and his fingers, half sleepily, began to explore and stroke my body. Those featherlight fingers soon found my restricted hard-on. Deftly he released my aching cock and a blond head disappeared under the covers. He licked the swollen glands and, pushing my hips forward, I sunk my cock down his eager throat.
I was almost on the point of orgasm when he pulled away and turned his back on me. “Fuck me real hard,” he begged. So, with my rampant cock sticking out of his messy tight pants I inserted my piece of solid, spit-soaked dick up his tender, though none-the-less welcoming hole. He pushed back and I rolled on top of him spearing him as deeply as I could. Urgently banging away at what had become home to my surprisingly unbridled dick. He climbed up onto his knees and we fucked ‘doggie’ style. I ploughed him as hard as I could and he cried and screamed and bucked in appreciation. With a yelp I felt his sphincter muscles contract as he came. The spasm gripped my plunging cock and, deep in my balls, I began to feel that incredible bubbling, boiling sensation. I yanked my cock from his tight arsehole just in time to watch my spunk make an interesting milky white motif on his quivering suntanned butt cheeks.
As both our orgasms subsided he pulled from beneath him my pair of black briefs that were now streaked with strands of cum. I grabbed them and wiped my contribution off his arse then tossed them in the corner. We showered and I offered him a choice of clean underwear. He picked up my used black pants and put them on and insisted I wear his now, not very white pants. “Perhaps later on we can go shopping for new undies,” he enquired “but right now my dicks getting hard again.”

If you have a story you’d like to see on screen. Send your word document to: