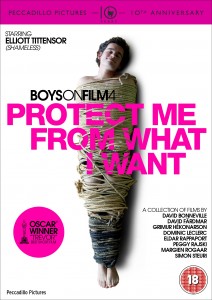 Picking up where Boys On Film 3: American Boy left off, with nine award-winning and hotly anticipated short films about objects of desire, and whether the attaining of them is worth the struggle. Elliot Tittensor (TV’s Shameless) stars as Daz in headlining film Protect Me From What I Want, a gripping British film debut that sees him woo a young lad in an underpass, only to be threatened with a break-up the following morning. Passive and submissive roles are tackled and tugged in gay graffiti tale Vandals and Icelandic grapple-fest Wrestling, while Postmortem, My Name is Love, and Iris Prize winner Steam look at promising encounters that turn awry.  I must for the collector of ground-breaking gay cinema.

Which 80s group had a hit single with Girls On Film? 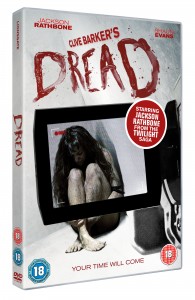 and is a psychological thriller centring on three college students who study other people’s fears. As the study progresses, one of the students begins to seek salvation from his obsession by exploiting the terrors of his fellow participants.

To be in with a chance of winning a copy of this DVD just answer this simple question:

Complete the name of one of Clive Baker’s most famous horrific creations… Pin _____? 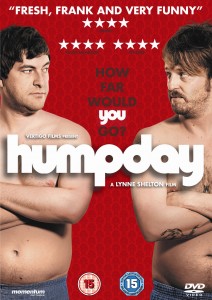 It’s been a decade since Ben and Andrew were the bad boys of their college campus. Ben has settled down and found a job, wife and home. Andrew took the alternative route as a vagabond artist, skipping the globe from Chiapas to Cambodia. 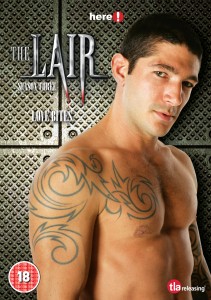 Prepare to leave Twilight to the tweens as cult horror hit The Lair returns for another round of blood-curdling sexploits. Revenge is on the cards for the members of the notorious men-only sex club as evil vampire Colin returns from beyond the grave to create havoc for the small town as he masterminds a rival nightspot to bring down the original, murderous coven. Meanwhile, Thom struggles with being the only human member of The Lair – is it only a matter of time until he’s dragged to the dark side?

As the series star Peter Stickles says: “There is something incredibly primal about the attraction to vampires. It’s almost useless to try to stamp reasoning on it. I think a lot of the attraction lies with the immortal youth and beauty, of course. Of course a show revolving around sexuality of vampires would work!” We couldn’t agree more.

What is the name of Bram Stoker’s most famous vampire? 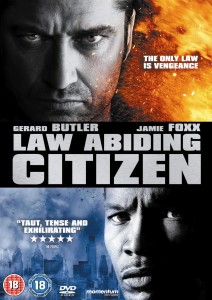 Clyde Shelton (Gerard Butler) is a family man whose wife and daughter were brutally murdered during a home invasion. When the killers are caught, a hotshot young Philadelphia prosecutor is assigned to the case. Against his will, he is forced to offer one of the suspects a light sentence in exchange for testifying against his accomplice.

Fast forward ten years. The man who got away with murder is found dead and Shelton coolly admits his guilt. He then issues a warning to Rice: either fix the justice system, or key players in the trial will die. Soon Shelton follows through on his threats, orchestrating a string of ingenious assassinations from his jail cell. Now Rice finds himself in a desperate race against time facing a deadly adversary who always seems to be one step ahead.

What number was the title of the Gerard Butler movie based on the Spartans fight with the Persians?

The Men Who Stare at Goats 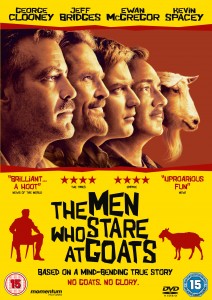 This dark comedy presents a look into the astonishing revelations about a top-secret wing of the U.S. military and offers an eye-opening and hilarious exploration of the government’s attempts to harness paranormal abilities to combat its enemies.

A reporter is in search of his next big story when he encounters a shadowy figure who claims to be part of an experimental U.S. military unit, the New Earth Army. According to him, this unit is changing the way wars are fought. A legion of “Warrior Monks” with unparalleled psychic powers can read the enemy’s thoughts, pass through solid walls, and even kill a goat simply by staring at it! George Clooney, Jeff Bridges and Ewan McGregor star in this mad and darkly dark ‘comedy’?

In which TV medical show did George Clooney rise to prominence?

Me and Orson Welles 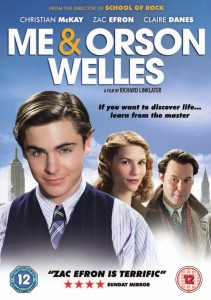 Student Richard Samuels (Zac Efron), who lucks his way into a minor role in the legendary 1937 Mercury Theatre production of Caesar, directed by a youthful Orson Welles, cannot believe3 his luck. Over the course of a magical week, Richard makes his Broadway debut, finds romance with an ambitious older woman, and experiences the dark side of genius after daring to cross the imperious, brilliant Welles. The teenager has to grow up fast if he’s not to be left in the wake of his motivated cast and director.

Zac Efron was the star of which series of Disney musicals? 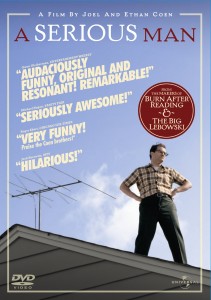 Set in 1967 Midwest America it tells the story of an ordinary man and physics professor Larry Gopnik in search of answers, as his life is turned upside down by a series of unexpected events. Following the sudden announcement from his wife that she is leaving him for his smooth talking associate, life as Larry knows it quickly begins to unravel.

Larry’s unemployed brother is fast becoming a burden and pressures at work are escalating. Meanwhile his dangerously beautiful neighbour torments him by sunbathing nude and he finds little solace in his kids. Consulting three different rabbis,

Larry embarks on a twisted journey of faith, family, delinquent behaviour and mortality in a desperate search for answers.

A rabbi is from which faith?